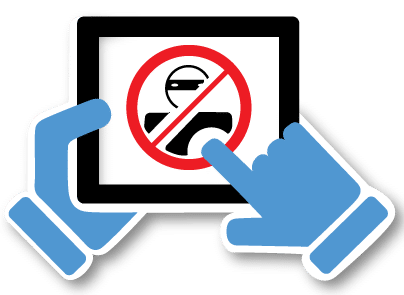 Carolina Digital Phone’s call termination service provides high quality voice termination to the Public Switched Telephone Network (PSTN), cloud, and mobile networks in the industry. Through our nationwide network our carriers, direct peering arrangements, and valued termination partners, Carolina Digital Phone can terminate your local, interstate, intrastate, and international calls at highly competitive rates. Under most calling plans all US 50 states domestic calls and Canada are free and included in most all calling plans. This is not the case for international calling if you have elected to have international calling enabled for your account.

International termination is defined as anywhere outside of the United States (50 States), and Canada. While the following Area Codes are part of the NANPA (North American Numbering Plan Administration) they ARE international calls and can be very expensive if you have the international calling option turned on for your account. An updated list of +1 international dialing can be found at https://www.nationalnanpa.com/pdf/NANP_Member_Country_Maps.pdf

The Communications Fraud Control Association (CFCA) has released its 2015 Global Fraud Survey. The survey is a collection of data from communications fraud analysts worldwide. Results from the survey estimate that fraud losses for the communications industry total $38.1 billion USD each year. Fraud losses from traffic pumping, also known as International Revenue Sharing Fraud (IRSF), is the biggest threat. Over $14.5 billion USD are lost to IRSF and traffic pumping to international premium rate numbers.

Cloud calls are transmitted via high-speed internet connections, rather than over a traditional land-line phone service. These types of calls are generally traveling through many layers of cloud service providers and/or wholesalers, which can create more accessibility, least cost routing scenarios, and sometimes subsequently – fraud.

Fraud over cloud services can affect any type of organization who uses or sells cloud services. It occurs when the ‘attacker’ attempts to take advantage of certain systems and vulnerabilities within the cloud network by hacking into it and making international calls, and having no intent at paying for the accrued charges. Without proper fraud prevention monitoring and prevention strategies in place, providers or customers using cloud services may be unaware of the fraudulent activity.

Carolina Digital Phone requires that its customers monitor fraudulent behavior within their respective networks, and shut down necessary numbers, IP addresses, servers or devices when necessary. Carolina Digital Phone’s customers are solely responsible for all usage charges, whether these charges are deemed legitimate or fraudulent. There are no exceptions to this policy. Nevertheless, below are a few precautions to consider that may help you safeguard against international fraud:

While this list is not all-inclusive of fraud protection within any network, they are a good start.

The best protection for preventing international fraud calling is to have your international calling disabled. This is the default for new customers.

More reading references can be found at the websites below:

Over 20 Years Of Service
Our Customers Love Us!

Mathew Stockstad
Verified
I have had many phone services over my 30+ years in practice. This is by far the best service that I have ever had. The customer service is amazing. I can not recommend Carolina Digital enough!

Saul Guerrero
Verified
The support of this company is amazing. One of my routers went down in my rack of equipment. The crew came back onsite and they worked with me after hours to get my equipment back online. Carolina Digital takes pride in what they do and also their customers! I highly recommend this company. 5 STARS 🙂

Zimmerman Carpet Cleaners
Verified
We specifically work with one technician and she's always super helpful and super nice. She understands how to get things done and ensures that its all fully taken care of before she even thinks about leaving it with us. She is always quick to respond. When we have outages, questions, etc, they're right there in a quick way. Thanks so much Carolina Digital. Thank you Chris Villa. We appreciate you all so much

Sam Coates
Verified
We receive excellent service from Chris and others at Carolina Digital Phone.

Christine Olson
Verified
Carolina Digital was so helpful to us when we had to transition to a virtual office. The service is great and the people are so helpful. The virtual phone system works better than what we were using in our office and they have a great online dashboard that is very easy to use. We are sticking with them even when we go back to a real office.

Shirley Day
Verified
The staff at Carolina Digital Phone are very professional and always solve any issues we might have with a simple phone call. I highly recomend their services, they are the best!!
Google rating score: 5 of 5, based on 81 reviews.