North Wilkesboro has long been known as the “Key to the Blue Ridge” because of its proximity to the Brushy Mountains, Stone Mountain State Park, and the Blue Ridge Parkway. Just a few minutes away its residents and visitors enjoy biking, boating, swimming, camping, picnicking, hunting, and fishing around the 55-mile shoreline of the W. Kerr Scott Dam and Reservoir. It has a population of nearly 4,300 people and was founded in 1891 when Norfolk and Southern Railroad built a railroad into Wilkes County. Its rich history, culture, charm, and community attractions are the reason why so many visit and some are proud to call North Wilkesboro home.

North Carolina offers a number of benefits to companies and our employees. 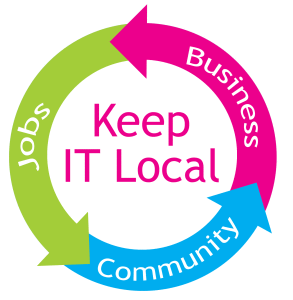 Maybe it’s time to look at your local telephone bill. You could be saving as much as 60% a month on telephone services and get a feature rich cloud based telephone service. Switching is hassle free and can be done in just a few days. All you need to do is call us at (336) 544-4000 and press option 1 for a fast pass to one of our sales engineers that will walk you through the process and give you a professional quote and our 100% money back guarantee.

Mention you saw this page and code word switch and get $100 off your account setup, number porting and account activation.

The Features You Need

The Price You Want

Hosted cloud is an affordable answer. Businesses realize cloud cost savings by making the switch to a cloud hosted solution. Our rates for North Wilkesboro, NC are the lowest available. Put your business telephone in the cloud.

If you aren’t completely happy with our cloud hosted service, please let us know. Your satisfaction is our #1 goal. Read our FaceBook Customer Reviews.

Over 20 Years Of Service
Our Customers Love Us!

Cody Allen
We are proud to be Carolina Digital customers! Their professionalism, speed, accuracy and willingness to help makes it easy to do business with them. These people go above and beyond any time we need their help. Would definitely recommend them to anyone!

Mathew Stockstad
I have had many phone services over my 30+ years in practice. This is by far the best service that I have ever had. The customer service is amazing. I can not recommend Carolina Digital enough!

Saul Guerrero
The support of this company is amazing. One of my routers went down in my rack of equipment. The crew came back onsite and they worked with me after hours to get my equipment back online. Carolina Digital takes pride in what they do and also their customers! I highly recommend this company. 5 STARS 🙂

Zimmerman Carpet Cleaners
We specifically work with one technician and she's always super helpful and super nice. She understands how to get things done and ensures that its all fully taken care of before she even thinks about leaving it with us. She is always quick to respond. When we have outages, questions, etc, they're right there in a quick way. Thanks so much Carolina Digital. Thank you Chris Villa. We appreciate you all so much

Sam Coates
We receive excellent service from Chris and others at Carolina Digital Phone.

Christine Olson
Carolina Digital was so helpful to us when we had to transition to a virtual office. The service is great and the people are so helpful. The virtual phone system works better than what we were using in our office and they have a great online dashboard that is very easy to use. We are sticking with them even when we go back to a real office.

Randy Hoover
Excellent Service, actually the best vendor we work with. Staff is exceptional and responsive.
Google rating score: 5 of 5, based on 80 reviews