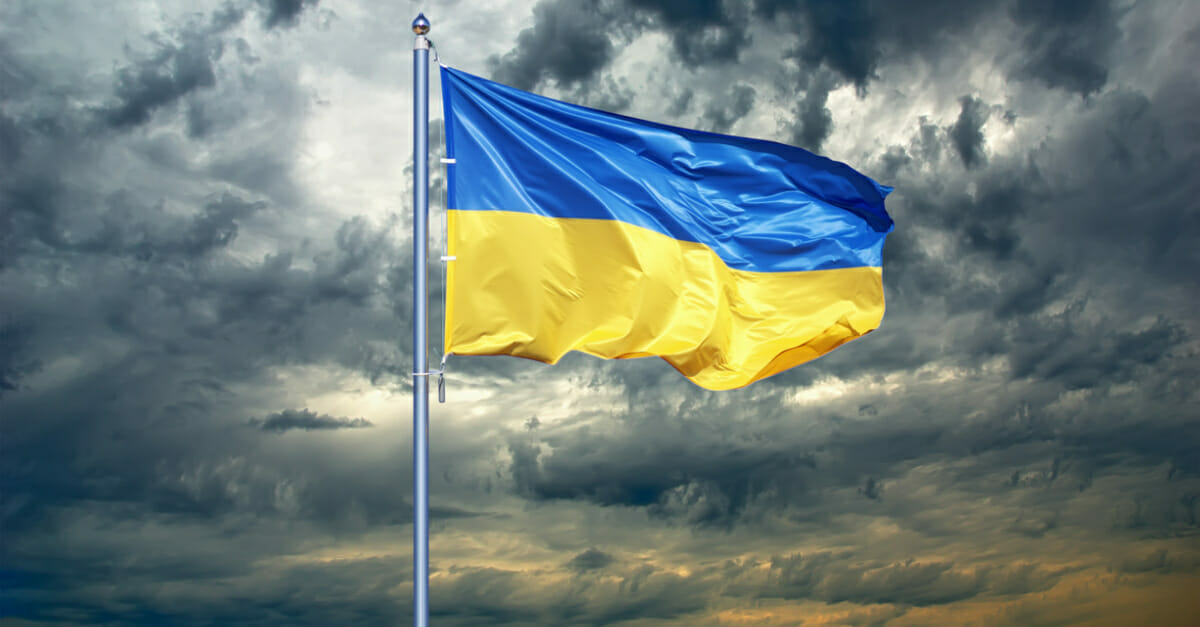 It has been said that business leaders should never comment on politics - not because it’s the wrong thing to do, but because it usually isn’t good for business.

Well, I’ll level with you: the second last thing I want to do is anything that would damage my business. For more than 20 years, I have put my heart and soul into Carolina Digital Phone.

But the VERY LAST thing I want to do is sit by and stay silent when I firmly believe that standing up and speaking out is the RIGHT thing to do. And so, here I go:

For the past several days, I have joined hundreds of millions of my fellow Americans, and billions of people around the world, in watching the shocking events in Ukraine unfold. Make no mistake. This is not a “special military event.” It is an invasion and an egregious violation of the sovereignty of a nation.

I was so stunned by what I was seeing, hearing, and reading, that I reached out to an old friend of mine named Alex Epshteyn. He was born in Kyiv when it was part of the USSR. He came to the United States as a young adult and he now lives and runs a successful international business based in San Francisco. For many decades, he has been a proud U.S. citizen.

Like every other Russian I have ever known, Alex has a fierce love for his homeland. But that does not mean that he is unwilling to criticize his government when he feels that it has taken the wrong path - and according to Alex, this is absolutely one such occasion.

When I called Alex this past week, I thought we might chat for a few minutes. But we talked for more than an hour, and what he said was heartbreaking. He had recently spoken to two of his employees who are based in Ukraine. These were friends that he has known for years, but might never see again. Alex is very tough and has been through a lot in his life, but by the end of our conversation tears fell from my eyes and he was feeling the same.

What I learned during that call was something I have been noticing more and more of as I watch videos, read articles, and browse comments across the web: the people of Ukraine are incredibly patriotic and determined. They are not just willing to go into the streets and protest. They are willing to DIE to protect their country, its people, its freedoms, and its independence.

And what Alex told me is that it’s not just a small fringe group that is willing to take up arms. Ordinary, average citizens who are otherwise peaceful in everything they do - teachers, chefs, cab drivers, artists - are willing to put their lives on the line. They will NOT abandon their country. Even if it takes many years, they will fight underground and endure any hardship. The courage that Ukrainians are demonstrating right now is an inspiration  -  not just for Eastern Europe, but for the world.

After speaking with Alex  –  and it is a conversation that I will never forget  –  I spoke with my 90-year old dad. For those of you who don’t know, my dad is a hard worker who has had a good life and been quite successful. He has lots of family members and friends who love him. If the Lord allows me to reach 90 years old, I pray that I’m as fortunate as him in that regard.

During the chat, my dad said something that really hit home: he didn’t think that our country was as unified as Ukraine. As a member of “The Greatest Generation,” he couldn’t imagine our citizens today putting aside their differences and divisions and coming together in a common cause.

But now, Ukrainians have come together. They are volunteering to take up arms. They are singing their anthem in the street. And they are all saying the same thing to their would-be invaders: GET OUT AND GO HOME.

In America, we proudly lead the world in many ways, such as the size of our economy and the strength of our military. We invent. We innovate. We influence. We are staggeringly generous (something that we never, ever get enough credit for). And above all else: we stand for freedom at home and abroad. I will always remember the powerful words of President Ronald Reagan: “America is a shining city upon a hill whose beacon light guides freedom-loving people everywhere.”

I personally believe that this unlawful and ill-advised invasion of Ukraine will be short-lived. The world  led by the U.S.  is rallying together and making significant and rapid action. It is only a matter of weeks, or even perhaps days before the impact of these actions starts having a direct and negative impact on people in power. As former heavyweight boxing champ, Mike Tyson said: “Everyone has a plan until they get punched in the face.” Right now, Russia is getting repeatedly punched in the face.

But when this conflict ends - and I ask all of you to pray with me that it will end sooner rather than later - I hope that we, as Americans, realize and remember that when ordinary people come together in a just and righteous cause, and if we uplift rather than undermine each other, then our collective triumph is not just likely: it is GUARANTEED.

There are dark days and nights ahead for Ukraine. But they will prevail, and the legacy of their victory will be felt across the world, now and for generations.

I encourage you to support #StandWithUkraine and follow these organizations in support of Ukraine:

Please share my personal message with others and offer prayers of hope and resolve to the citizens of Ukraine.