The famous Apple vs VoIP-Pal patent trial has further stiffened with the recent claim by Apple that VoIP-Pal unlawfully attempted to influence administrative judges of the trial in an ex parte discussion. While Apple has stressed that it is not accusing the Patent Trial and Appeal Board (PTAB) of wrongdoing, however, this claim goes against the chief judge and cabinet secretary in charge of the US Patent and Trademark Office.

This claim by Apple has led the dispute between Apple and VoIP-Pal over patent infringement towards a whole new direction as Apple is pursuing hard to get the decision reversed in which PTAB has upheld a number of patents whose ownership has been claimed bed VoIP-Pal. It was all started when VoIP-Pal claimed that the use of VoIP technology by Apple in its iMessenger application along with other calling features related to VoIP is patent infringement.

According to a brief written by Apple’s legal representative Adam Seitz, the panel took actions under the influence of VoIP-Pal’s “unauthorized ex parte communications” that were unfavorable to Apple’s position in the trial. This is alleged to take account of the replacement of panel of three judges who had earlier issued a primary decision in the favor of Apple. “The record is irrefutable that the board took actions adverse to Apple after receiving VoIP-Pal’s unauthorized ex parte communications asking for that precise result,” stated by Adam Sietz. He further added that the “inference of prejudice is inescapable.”

Former CEO of VoIP-Pal, Thomas Sawyer has previously expressed his apprehension about a possible conflict of interest is a number of statements displayed on the website of the company. These statements visibly emphasized over the fact that two judges from the panel of three judges presiding over the trial have previously associated with a law firm known as Fisher & Richardson. This law firm has formerly worked as legal representatives of Apple in a different case also associated with patent infringement. Therefore, the panel of judges was replaced, however, Sawyer further pursed to get their decision reversed by sending complaints to David Ruschke, Chief Judge, PTAB.

As per the claims of VoIP-Pal, the act of Thomas Sawyer in this respect is independent of the firm. He served VoIP-Pal as the CEO from 2013 until 2014 and since he has been a special consultant and adviser for the firm until April 2017.

DigitalPhone.io has been associated with VoIP business since 2000 and is committed to providing its clients with the most advanced VoIP solutions at the market competitive pricing. 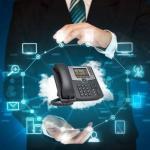