Are We at the End of Broadband Growth? 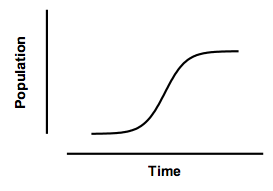 But compare that to 2012. In that year 76% of homes had a home broadband connection while 7% got broadband in some other matter – a total market penetration in 2012 of 83%. This means that the composite growth of homes that have added broadband from 2012 until now is only 1% (84% compared to 83%)

During that time the big ISPs have all continued to show broadband growth. But these numbers show that the growth of broadband came from customers dropping dial-up or other slower forms of broadband. But the big question that is raised is if the 84% overall internet connectivity is close to a full penetration rate. If so this raises significant questions about the future of the ISP industry.

The report does suggest that there is possibly more room for industry growth – but only if we can find a way to solve the digital divide. The report shows that 91% of homes with household income above $50,000 have landline broadband compared to only 72% for homes making less than $50,000. That would suggest that the overall demand for broadband is probably closer to the 91% experienced by higher-income homes.

Finally, the study looks at cellular broadband. It shows that the percentage of households that sometimes use cellular data to connect to the internet has grown from 44% in 2012 to 75% today. 68% of households today use both cellular and landline internet connections.

Other studies have shown that there is a small, but growing segment of the population that only uses cellular data. This tends to be younger people who value mobility over broadband speeds, or low-income households that can’t afford a landline alternative. To some extent the growth in the use of cellular broadband is probably at least partially responsible for holding down the overall growth of landline broadband connections. In economics terms there is some segment of customers that view cellular data as a reasonable substitute for landline broadband, and who are happy with only the cellular connection.

None of these numbers are a surprise to the big ISPs which track these statistics closely in each market. But the numbers are cause for alarm. Once the broadband market reaches full market penetration then there will be no overall growth in the industry in terms of adding net new broadband customers, at least beyond the rate of overall household growth.

The cable companies are still enjoying a boom related to their ability to convert customers from DSL. But the telcos have begun to fight back by building fiber-to-the-home. They are also planning to start deploying more fixed wireless connections using 5G. In at least some markets broadband is going to get a lot more competitive.

The overall broadband market is going to change and become more like any mature market when overall growth stops. This is pure economics. The market changes drastically if an ISP can only grow by taking customers away from other ISPs. We already know what that looks like by observing the marketing wars between the cellular carriers.