Employees use an average of about 2.3 devices - Of which 25% are mobile devices. When employees are able to work from anywhere, untethered from their desks, they can accomplish more.

According to IDC, the global market intelligence and advisory firm, the U.S. mobile worker population is growing at a steady pace, increasing from 96 million four years ago, and expected to reach 105 million in 2020. By next year, it’s estimated that mobile workers will account for 72 percent of the American workforce. Supported by unified communications as a service (UCaaS) technologies, work is no longer a place so much as it is a space from home, while transforming the way teams interact, communicate and collaborate.

According to Forrester, employees use an average of about 2.3 devices. More than half of information workers use three or more devices, of which approximately 25 percent are mobile devices (including smartphones, laptops, tablets), not PCs. Clearly, there is a need for a mobile unified communications platform to better serve this deskless workforce juggling multiple devices.

The mobile worker can reduce or even eliminate commute time to the office and take advantage of greater schedule flexibility, leading to higher levels of engagement. In a recent study conducted by the Harvard Business Review, mobile workers were found to be nearly 14 percent more productive than their nonmobile counterparts.

A number of studies have found the mobile worker to experience higher levels of job satisfaction, an important element of talent retention for any business. And for those traditionalist senior executives who might fear that a mobile worker would be vulnerable to distraction or indiscipline: one survey found that the average mobile worker labors 240 hours a year longer than the general population.

And yet the benefits of mobility in the workplace extend beyond enhanced productivity and schedule flexibility, to improved inter-office communications and increased ROI as well. For small to medium-sized businesses (SMBs) especially, a mobile workforce can significantly lower overhead by mitigating the need for sprawling offices and reducing IT infrastructure.

Recently, Emergence Capital, an early stage venture capital firm, commissioned a survey of IT buyers from the world’s top deskless industries to better understand their investments in mobile technology.

Companies that fail to embrace mobile opportunities for their workforce may find themselves not only left behind in the waves of digital transformation, but also in the challenge to attract and retain the new generation of talent. According to a Pew Research Center analysis, millennials — those born between 1980 and 1994 — have become the largest generation represented in the American workforce. These mobile natives bring with them high expectations of work-life balance, which unified communications (UC) platforms can facilitate by freeing them to work anywhere and anytime. Moreover, according to the Society for Human Resource Management (SHRM), millennials may not even consider a job opportunity if it doesn’t offer a remote work option. Hence, unified communications platforms that enhance worker mobility have become an essential means to increase the value of an organization’s human capital.

Mobility Beyond the Landline or Desktop

Carolina Digital Phone’s mobile application extends VoIP functionality beyond the landline or desktop. It brings features of the netsapiens’ platform directly to end-users’ mobile devices as a unified communications solution, creating a unified user experience across all devices. Our iPhone and Android Apps are the first step in giving users access to basic features outside of the browser-based user portals.

Easy to configure, our mobile app lets users differentiate and customize the way business and personal communications are managed across devices, including tailored routing and message management. It allows the user to manage voicemails, answering rules, and other settings within the app. More importantly, our mobile app provides end users the ability to make calls using either their business or personal phone identity, see other users’ presence icons, as well as use our in-call features. For example, a user can easily move active calls from one device to another, an essential advantage for the mobile worker accustomed to using multiple devices. 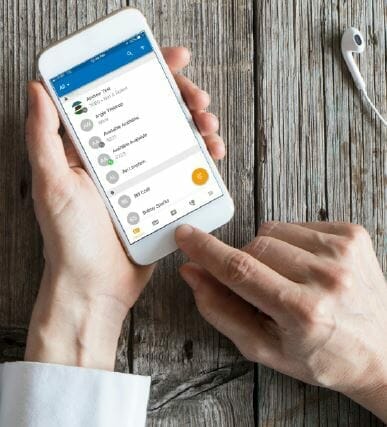 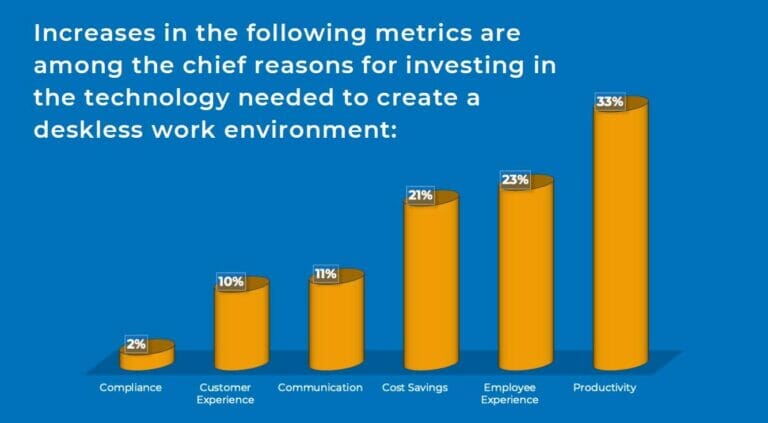 Don’t let your mobile investments go to waste! Simply download an app or use a web browser to turn your existing mobile device into a unified communications hub.

The Carolina Digital Phone mobile suite integrates all devices and operating systems, including iOS and Android, onto a single unified communications platform to provide a continuous, unbroken connection.  To learn more about how our mobile app can help solve the needs of the mobile workforce, call (336) 544-4000 or email us at inquiry@carolinadigitalphone.com