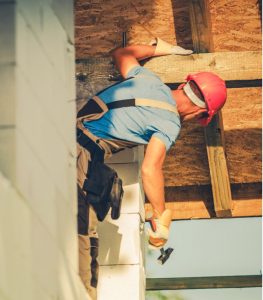 Across the U.S., nearly 700,000 firms in the construction industry employ more than 10 million people — carpenters, electricians, project managers, site managers, masons, plumbers, welders, glaziers, surveyors, engineers, architects, and the list goes on — who collectively build over $1.3 trillion worth of structures each year.

Many of the construction projects that were stalled or cancelled during the Great Recession have since resumed, which combined with historically low interest rates are fueling ongoing growth and expansion. According to ResearchAndMarkets.com, the U.S. construction industry is expected to enjoy a compound annual growth rate (CAGR) of 4.9% through 2023, at which time generated value will surpass the 1.8 trillion dollar mark each year.

While effective and efficient communication is a challenge in all industries, it is especially problematic in the fast-paced, constantly changing construction space where distributed teams make face-to-face discussion the exception rather than the norm. According to a study by PlanGrid and consultancy FMI Corp., 26% of rework on construction projects is the result of poor communication between team members — a gap that is costing the industry as a whole over $31 billion a year.

Fortunately, that is where our state-of-the-art hosted VoIP phone system makes a transformative difference between failure and success in the construction industry!

To learn more about how our hosted VoIP phone system will help your construction business improve communication, drive productivity and drive ongoing success, contact us today at (336) 544-4000 for your FREE consultation and demo. We can visit you at your location, or connect with you over the web.