FCC and its years of stance for VoIP services and VoIP service providers in the United States of America.

FCC has been involved in controlling and monitoring various VoIP services and as well as VoIP service providers from years in order to assure secure and authentic communication for the people of America.

Federal Communications Commission of America (FCC) is responsible for controlling international and national communications by imposing laws for wire radio, television, cable, and satellite. This implies not just in all 50 states of America but also in U.S. territories and the District of Columbia. It is an independent U.S. government agency and supervised by Congress is a federal agency for enforcing communications law. The Federal Advisory Committee Act was passed by the Congress in 1972 to make sure that the advisory committee advice in such a way that is not just objective but also reachable for the general public. Where VoIP provides a cloud-based network basically for phone calls. Since its advent in 1995, the technology is advancing and the last decade made somehow VoIP to surpass traditional phone calls especially in America. Moreover, there has an emerging number of VoIP service providers all over the country.

The relation of VoIP service providers and FCC has been quite controversial for years. As FCC looks carefully into the matters related to VoIP due to the fact that it is considered less secure and reliable. Providers of interconnected VoIP services were imposed by 911 obligations in June 2005 from FCC. This refers to that how VoIP calls are controlled differently based on the fact that VoIP calls do not provide proper physical locations unlike regular calls and what the providers should be aware of in order to make emergency calls. Moreover, according to FCC, interconnected VoIP providers are also needed to act in agreement with Communications Assistance for Law Enforcement Act of 1994 (CALEA) and pay to the Universal Service Fund. Where Universal Service Fund is responsible for communications for income-eligible telephone subscribers and in high-cost areas. FCC regulate VoIP by requiring interconnected VoIP services providers’ compliance with Local Number Portability (LNP) rules for portability of the services (guide on Portability). FCC imposes strict laws on VoIP service providers for the protection of customers’ information like call records and secures them from any sort of disclosure. FCC also requires VoIP providers to give funds to Telecommunications Relay Services Fund which are used for persons with speech and hearing disabilities in order to provide them with telecommunications services. Also enforces to offer 711 abbreviated dialing in addition to modified services for disabled persons.

There is also has been recent controversies with FCC’s new policy to gut Net Neutrality protection by FCC’s Chairman Ajit Pai. As, many users, lawmakers, internet and VoIP service providers including Digitalphone.io stand against it. Though Digitalphone.io is uncertain about the additional fees associated with Net Neutrality but promise to give quality services. 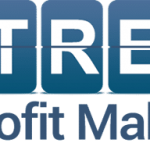 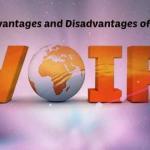 Possible Effects of Using VoIP in your BusinessVoIP Industry Highlights