Federal Communications Commission of America (FCC) is responsible for monitoring communications on an international and national level by imposing laws for wire radio, television, cable, and satellite. The 50 states of America, U.S. territories and the District of Columbia comes under this monitoring. Whereas, VoIP technology is advancing to surpass regular phone calls and make quality communications.

On February 26, 2015, FCC published a new code of practice for the equal and open flow of content that is to conduct Net Neutrality. Hence, it states an open internet regardless of the Internet Service Provider (ISP) and the owner of the content. This rule also obliges ISPs to provide the same pricing at the same rate of speed. But on December 14, 2017, FCC’s Chairman Ajit Pai passed the new rule to gut Net Neutrality rules conducted in Obama’s period. The new rule meant to limit the speed, regardless of the user’s decision and also the open access to every legal content over the internet. Hence, it affected the VoIP industry as well, as limiting the speed can cause many hurdles in the services of the VoIP providers. The new rule created an upsurge in protests against FCC. Many Americans including a number of companies and VoIP industry stood against this decision in front of FCC’s building.

As a result of this stance of millions of Americans on January 05, 2018 FCC passed another rule that is supposed to repeal the previous one. Hence, the rule removes the restriction of speed and content over the Internet. The interesting part of this repeal regulation is, that it gives the authority ISPs to limit Internet traffic, speed, and content but the not the state governments. This has provoked a new issue as many states are backlashing FCC’s new regulation. President and CEO of the Internet Association (IA), Michael Beckerman said “The final version of Chairman Pai’s rule, as expected, dismantles popular net neutrality protections for consumers. This rule defies the will of a bipartisan majority of Americans and fails to preserve a free and open internet.”

Though, it can affect everyone in Internet’s domain VoIP industry is certainly going have a stronger impact. Previously, ISPs were bound to, not restricting, speeding or slowing down based on user information. Hence the speed remained justified regardless of the user. Now if the control will be given to the ISPs as per new rule ISPs can limit VoIP industries in various ways. They can charge extra fees for the same speed as now or they can limit the speed which will surely bring down the call quality. ISPs can also charge for extra traffic or transfer the traffic to slower lanes which can disturb a user experience. VoIP provider has to make a decision and raise their voices to reach the state senator. Digitalphone.io as reliable and quality VoIP service provider continuously struggles hard raise voices against unjustified FCC regulations without giving up. 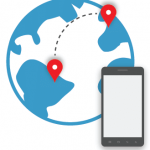