Bertie County Schools has recently installed a new and improved voice communications system in all of the schools in the school district.  This is great news for our community because it provides a safe environment for our children and it did not cost the district or the local taxpayers a dime – in fact, it is saving local taxpayers over the previous system.

The new system, provided by Converged Networks, LLC and Carolina Digital Phone is a “Hosted VoIP” system.  “VoIP” stands for “Voice Over Internet Protocol” and it uses the existing school data network and the Internet to carry voice traffic.  With phones in every classroom in the school district, this provides a measure of safety the district did not previously have.  For example, if a teacher calls “911” from a classroom, the system can automatically notify the principal, the receptionist and/or the schools’ resource officer to let them know there is a potential issue and so they know there could be a problem and they know where to direct first responders.

The system was acquired through a federally funded program called “E-Rate” administered by the Universal Service Administrative Company (USAC).  USAC collects fees from phone subscribers and earmarks them for school districts.  The IT Director and his staff at Bertie County Schools has done an excellent job selecting and installing the new VoIP system, and for using the federally funded E-Rate program to pay for it.  It’s nice to know we have a new system that improves safety in the classroom.

The Universal Service Administrative Company (USAC) is an independent, not-for-profit corporation designated by the Federal Communications Commission (FCC) as the administrator of the universal service fund (USF). USAC collects contributions from telecommunications carriers and administers support programs designed to help communities across the country secure access to affordable telecommunications services. 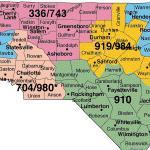