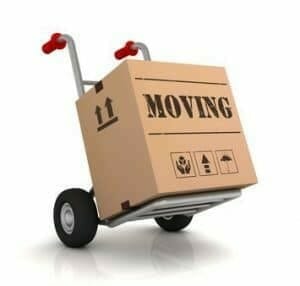 Across the country, hundreds of thousands of businesses — from small firms to large enterprises — have upgraded from a costly and limited on-premises PBX phone system (a.k.a. landline system), to an advanced, feature rich and future-proof virtual PBX system (a.k.a. hosted cloud system).

If your organization is eager to join the ranks of your counterparts — and your competitors — who are reaping the rewards of a virtual PBX system, then you may be holding off until after a scheduled office move is complete. Here are three reasons why the delay is unnecessary, and even counter-productive:

Moving an on-premises PBX phone system is time consuming, complex and must be done by telecommunications specialists vs. traditional moving companies— which means that there’s a hefty price tag involved. But moving a virtual PBX phone system doesn’t cost a cent. All that needs to be packed, moved and unpacked are IP phones.

2. The system will remain operational.

Moving an on-premises PBX phone system means taking it offline. And if a technical problem or issue arises — and this is often the case — the downtime can stretch into days.

However, a virtual PBX phone system eliminates this risk, simply because the system is not located on the premises the begin with: it’s housed with the cloud solutions provider. As such, it never goes offline, and there is no down time or disruption to either staff or customers. Calls can easily be made/received via a smartphone during the move, or temporarily forwarded to other locations and/or phones (including landlines in home offices).

Re-installing IP phones in your new location is remarkably fast and simple: all that you need to do is plug them in. They will automatically initialize and start working as reliably as they did before the move. What’s more, all of your system configurations — such as customized greetings, call forwarding rules, voicemail boxes, security settings, ring settings, and more — will remain intact.

To learn more about the benefits of switching to a virtual PBX phone system in the near future — so you can reap the rewards before, during and after your move — contact the Carolina Digital Phone team at (336) 544-4000 today. Your consultation with us is free.