Session border controller is equipment, which has made possible high-level security and also supported to maintain the quality standards of interactive communication services with the use of a number of different IP networks. A sudden increase in the demand for Voice over Internet Protocol also identified as VoIP services have remained to be a significant element that has driven the exponential growth in the demand of the session border controller in the market of VoIP services across the globe. According to the reports of Coherent Market Insights (CMI), during the last year, approximately 259 million users of VoIP services were present across the world. These numbers are expected to increase to a level of 286 million consumers by the end of the year 2018.

Based on the geographical understanding, the enterprise session border controller market is segmented into United States, Europe, Canada, Africa, Asia Pacific, Middle East and Latin America. The United States and Canada are the growth engines in this region. Because of the presence of service providers offering Voice over Internet Protocol (VoIP) services, there has been an increased demand for session border controller market in this region. This region is also characterized by the existence of considerable number of early adopters of innovative technologies and secure IT infrastructure. DigitalPhone.io is committed to offering most advanced VoIP solutions at amazingly competitive prices. 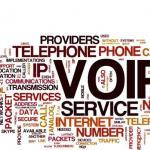