An Irish startup based in Cork, Velona Systems has made waves at the Mobile World Congress in Barcelona (MWC) by announcing their most advanced security solution for online communication. Velona Systems has claimed it to be as effective against security threats as a vaccine. This security system is based on session initiated protocols or SIP. Its inventors have claimed that they are the first to introduce a product based on SIP and focused on threat for any Voice over Internet Protocol (VoIP) system.

In case you have been thinking why does it matter so much? Then here is the answer. According to Velona Systems, as the world is all set up to make its transition from a 4G technology to 5G technology for communications and connectivity, there will be an additional 5 billion devices, which will be using VoIP technology. When there will be a large number of interjected devices, there will also be some major security risks if a mobile network is not well protected.

Chief Technical Officer (CTO) of Velona System Tony Friar addressed Mobile World Congress by stating that telecommunication service providers and tech firms are required to work in collaboration under the present circumstances in order to make sure that “we do not sleepwalk our way into the similar level of malware attacks we are witnessing in the widespread Cyberspace in the present day.”

The tech team at Velona Systems mentioned that the major security threats from a hacked mobile communication devices are a renunciation of service attacks and toll scam. A toll scam is when an individual makes use of a hacked system to make long distance phone calls from the account of another individual, and as a result, you got charged for the calls of some other person.

Consumers can make use of Velone System’s security solution and can program it to identify any irregular occurrence in the network. If this SIP based security system will identify a security breach, it will be capable of taking relevant actions such as blocking the communication for unauthorized SIPs or reporting possible invasion. DigitalPhone.io continually endeavors to offer its clients with the most secure VoIP solution and the most economical rates. 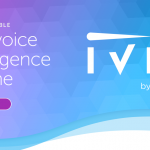 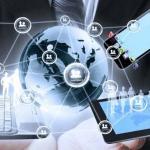 After The Hype of Years, VoIP Business Is In Demand and There Are Good Reasons to ItVoIP Industry Highlights