Regardless of what side of the political spectrum you fall — or maybe you think the best political party is no party at all — we can all agree that if there’s one thing we should learn from what’s happening in Washington, D.C., it’s that you can’t trust everything you hear or read.

Of course, “fake news” isn’t a new idea. It’s been around for decades (or make that centuries). And it’s certainly not limited to politicians, commentators, and talking heads. Some businesses have made plenty of money generating fake news. Take for example the myths, half-truths and outright lies that some conventional phone companies and carriers spew about hosted VoIP.

Fortunately, there is a wonderful antidote to fake news — it’s called FACTS. And that’s what we’re going to spotlight here as we highlight 5 things that conventional phone companies and carriers don’t want you to know about hosted VoIP:

Fake News: “When you add up all of the costs, you won’t save money.”

FACT: Hosted VoIP phone systems typically save organizations anywhere from 20-50 percent on an annual basis — and in some cases, the savings are even bigger. This is not playing with numbers or moving costs from one category to another. This is black-and-white, bottom-line savings that you can (and should) calculate yourself.

Fake News: “You need to create a separate network to run the system.”

FACT: We don’t even know where to begin with this one, because it’s SO patently untrue that it’s shocking. Here’s the truth that you can independently verify: unlike a conventional phone system that needs a separate voice network — complete with servers, cabling, and so on — a hosted VoIP phone system is fundamentally designed to work with the existing data network that organizations already use to access the internet and send/receive emails. There is no requirement whatsoever to create a separate network, which is why so many organizations have already switched to hosted VoIP, and are saving tens or hundreds of thousands of dollars a year.

Fake News: “You have to be a VoIP expert to manage and maintain the system.”

FACT: A hosted VoIP phone system is housed, managed, and maintained by off-site experts who provide everything from end user technical support, to regular updates and system upgrades. As we’ve written about, organizations that switch to hosted VoIP don’t face any support burden, which makes their IT staff very happy.

Fake News: “You don’t need a hosted VoIP phone system if you simply use your cell phones.”

Someone should really tell conventional phone companies and carriers that it’s not the 19th century anymore (wait until they find out there’s no Pony Express!)

FACT: Seriously — what century is this?! Today’s organizations need to unify all of their devices — including desktop computers, laptops, tablets, phones, car Bluetooth systems and cell phones — on the same telecommunication platform, and that’s exactly what a hosted VoIP phone system does. For example, an end user can answer a call on their desktop (i.e. softphone), forward it their cell phone as they exit the building, and forward it again to their car Bluetooth.

FACT: This is the neutron bomb that conventional phone companies and carriers launch when their other fake news efforts (see above) fall flat, because it’s the one that tends to resonate with a lot of customers whose experience with VoIP is primarily flaky Skype calling with relatives.

Here’s the truth: long before a hosted VoIP phone system goes live, the Solution Provider conducts multiple quality assurance tests to confirm that the network is ready, willing and able to handle the load (e.g. video conferencing, simultaneous calls, etc.). The system is also constantly monitored to meet performance standards and achieve a guaranteed uptime of 99.99%. Plus, unlike a conventional on-premises system, a hosted VoIP system remains online and operational even in the event of a local power outage.

In this respect, hosted VoIP phone systems are MORE reliable than conventional phone systems. But as the old saying goes, sometimes the best defense is a good offense — and phone companies afraid of losing customers are understandably on the attack.

Is a hosted VoIP phone system right for you? If you want to save money, improve efficiency, increase customer service, boost employee engagement, and make your organization more flexible and agile, then the answer is YES.

But don’t take our or anyone else’s word for it. Schedule a live, guided demo and get the FACTS directly from our team. You can then make an informed decision that is right for your organization now and into the future. And isn’t that the way its supposed to be? 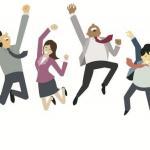 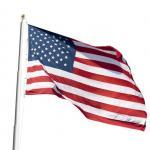